Shocking research shows that the maximum recommended week’s booze ration can be bought for the price of a coffee.

When it comes to buying alcohol, price can be a deciding factor for many people. Times are hard right now and money is tight. Many are wondering if there are more important things they could spend their money on. This is especially true given the present situation, where have people stockpiled groceries, from food to toilet rolls.

For a long time, when campaigners looked for solutions to stop people drinking to excess, they felt the answer may have been to make alcohol more expensive.

The rationale being, if it costs too much to buy booze, then people simply will not drink. This has led to Scotland and Wales introducing minimum unit pricing (MUP) to try to reduce alcohol intake.

However, it may be disappointing to learn that experts believe it’s possible to buy a week’s worth of alcohol for the price of a cup of coffee. It’s disheartening that something which could have such a catastrophic impact on UK health is so cheap.

Research into the price of alcohol in shops across Britain has found you could purchase the weekly maximum recommended units of booze for less than three quid.

It may seem incredible, but these are the results of a study carried out by the Alcohol Health Alliance UK. The Alliance includes over fifty organisations including medical bodies, charities and alcohol health campaigners. Groups like Alcohol Concern, The British Liver Trust and The Royal College of Physicians have pooled their resources. Their aim is to reduce the negative health effects of alcohol misuse in the UK.

The coalition’s recent study, found it may cost less than £3.00 to buy the maximum recommended amount of alcohol for a week.

Doctors advise you consume no more than 14 units of alcohol in a seven day period. Fourteen units amounts to around six pints of beer or six medium-sized glasses of wine.

Once it may have cost at least a tenner to buy a week’s ration of booze. However, prices in shops and supermarkets across the UK, means you could now buy 6 beers for about £2.68.  This is in England where MUP is not implemented. Campaigners fear this may encourage people to consume more, with possible long-term health consequences.

Therefore, organisations like the Alcohol Health Alliance UK are leading the call for more to be done to phase out cheap, high strength alcohol. They believe this may help curb alcohol misuse in the UK. 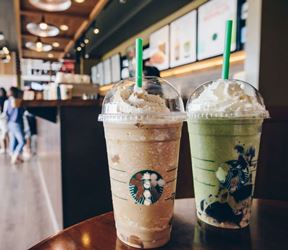 The Alcohol Health Alliance has also been looking at how cheap, readily available alcohol has affected people’s drinking habits and health. By checking prices in England, researchers discovered you can buy cider for as little as 19p per unit.

This contrasts with Scotland and Wales where MUP means alcohol cannot be sold for less than 50p a unit.

The survey concludes that 14 units of alcohol could be bought for only £2.68. This puts it in the same price range as a latte or a cappuccino from a high street coffee chain.

For example, a large cappuccino from Starbucks costs £2.85; from Caffe Nero, it will set you back £2.75.

So, it’s possible a week’s ration of booze may indeed be cheaper than a single coffee. There is little wonder that the UK government is being urged to tackle low cost, high strength alcohol. The Alliance says this could be done in a review of the alcohol duty system.  There are also calls for England to follow Wales and Scotland and bring in MUP.

Many see re-evaluating how much, or more to the point, how little it costs to buy drink, to be an important tool in countering alcohol misuse. So maybe you could buy a week’s supply of booze for the price of a coffee, but what will it cost you in the long run?