Now lockdown restrictions are being lifted premises like shops, restaurants, and pubs are re-opening, albeit with social distancing. People are finally able to enjoy some things in life we have had to do without for months. Most of the world appears to be heading in the right direction and have seen some freedoms being restored.

If you have been living with restrictions it can be disappointing when, after coming out of them, governments to re-impose them when they deem it necessary. Some areas of the UK, such as Leicester and Aberdeen, had lockdown re-applied after a local rise in cases.  Likewise, Spain locked down the regions of Galicia and Catalonia even though the outbreak was mostly under control in the rest of the country.  This is also the situation South Africa faced after the President announced in a national address on TV that his government was bringing in new restrictions. These included the unpopular decision to impose a ban on the sale of alcohol for the second time this year.

Cyril Ramaphosa, the leader of South Africa, has stated the ban was being introduced to help decrease the number of alcohol connected injuries, accidents, and illnesses, as well as freeing up needed hospital beds in the wake of the coronavirus.

South Africa was the nation worse affected by the pandemic in the continent, as well as the ninth most affected country in the world. By the middle of July, the rate of infections in South Africa reached more than two hundred thousand, and there have been more than four thousand fatalities.

Sadly, it is said some hospitals have had to refuse patients now, as they do not have the beds, and the government moved to try to prevent the situation getting worse.

Medical experts fear the country faces a crippling shortage of beds and medical oxygen, as it heads towards another peak of the virus, expected to last from July all the way to September. The government also fear the death toll may increase to fifty thousand by wintertime. This frightening scenario, which could see health care services overwhelmed. Therefore, to stem t 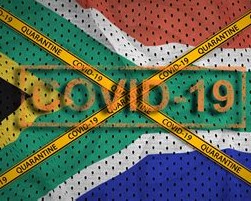 he spread of the virus, and release pressure on doctors and nursing staff, the government decided to prohibit the sale of alcohol once more across the country.

The first ban took place in May and lasted for three months, implemented to reduce anti-social behaviour, binge drinking, alcohol-fuelled altercations, fights in the street, cases of domestic abuse and driving while intoxicated, alongside other measures. This has caused its own problems with people turning to other forms of homebrew and breaking rules.

The change in the law was also brought in to decrease the rate of hospital admission, where at least two out of five were linked to alcohol abuse. It is estimated, under ordinary circumstances, there were over 40,000 trauma cases at emergency departments across the country each week.

However, when South Africa went into lockdown, the rate of hospital admissions fell in the first month by over 30%, to around 12,000.

After about 12 weeks of initial lockdown, the country began to ease its restrictions, which saw the ban lifted on the sale of alcohol in June. Unfortunately, hospitals then reported a huge jump in admissions to their emergency and trauma wards.

The President then announced the second ban on alcohol as part of an extended state of emergency, which was due to continue until the 15th of August. 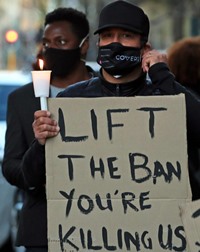 The new restrictions saw the country imposing a curfew on driving from 9 p.m. to 4 a.m., to reduce traffic accidents. The government also made it compulsory for citizens to wear face masks when out in public.

There is also a plan to provide an additional 28,000 hospital beds for people suffering from coronavirus and the government said it still needed 12,000 health care professionals to deal with the pandemic.

But it is the new ban on the sale of alcohol which could prove to be the most controversial. President Ramaphosa, in his remarks, noted the vast majority of citizens were following the guidelines to stop the spread of the disease. However, many people were still having parties, drinking to excess and walking around public crowded areas and not wearing face masks, which has led the government to take these steps.

Many have supported the decision, while others have been critical, believing the alcohol ban deflects the public’s attention from how the government have handled the pandemic. Many believing they have not offered proper medical care, while others suggest the government may be holding the public responsible for the rising cases of COVID-19, rather than their own administration.

Some in the drinks trade are also worried about the effect on jobs in their industry and the overall economy.

However, those backing the reintroduction of the ban see it as a major step forward in reducing alcohol-related health problems, maintaining public order and relieving pressure on health care services. South Africa, like the rest of the world, still battles coronavirus.