Ankle tags that measure alcohol levels in sweat to be rolled out in England and Wales.

Before lockdown, the UK government was considering a dramatic course of action to try to reduce alcohol-related crime. There were plans to prohibit the sale of booze to criminals and force them to wear ankle tags. These would measure how much alcohol a person had consumed. The scheme was proposed a long time ago and put in hold. Now in parts of the UK, it is about to become a reality. This is despite some controversy over the effectiveness of tagging offenders. 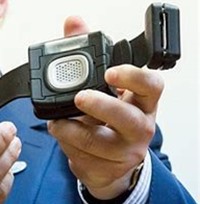 Some believe it may be the key to keeping the streets safe, as lockdown restrictions are changing and we approach winter. Others have criticised the scheme. However, from the 19th of May, a new law in England and Wales saw around two thousand offenders being fitted with sobriety ankle tags.  These are people who have committed alcohol-related offences and the tags can determine whether or not they have been drinking.

Under the new legislation, if you carry out an offence linked to alcohol or while intoxicated, you may be forced to stop drinking and wear a `sobriety tag` on your ankle. The device can assess your sweat every half an hour to check if you have imbibed or not.

According to estimates, approximately 40% of violent crimes are carried out by people under the influence of alcohol. The new scheme allows the courts to impose what is known as an alcohol abstinence order, where a criminal will not be allowed to consume alcohol for 120 days and will have to wear a tag.

If they have been found to be drinking when not permitted to it could have far-reaching consequences. They could be back in court facing greater sanctions. These range from having the abstinence order increased, to paying a fine or even ending up in prison. It’s quite a price to pay for taking a drink when not supposed to.

England and Wales are rolling out sobriety ankle tags nationwide after the technology was effectively piloted in Humberside, Lincolnshire, North Yorkshire and London. When monitored, almost no criminals displayed signs of having alcohol in their system. It has also been reported that offenders wearing ankle tags witnessed a marked improvement in their health. And it had a positive impact on their behaviour and everyday life.

The community-based sentencing, due to be implemented in England and Wales this winter, will be an ongoing project. It is expected that over two thousand offenders will wear the tags annually. Anybody thinking of removing the tag should be warned! The device notes any loss of contract between itself and the ankle so if you try to remove it the authorities will know. 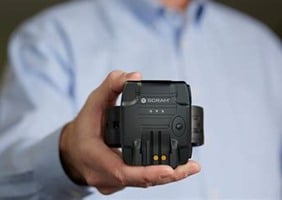 Those advocating the use of sobriety tags do not see it as merely a means of punishing criminals. It is an opportunity to help people living with addiction get the treatment they need, while reducing alcohol-related crime in the process.

Those behind the law believe it can also reduce the strain on communities, the police, and front-line workers. They are hoping this will be achieved by decreasing cases of alcohol-based injury, hospital admissions and crimes.

By monitoring the intake of alcohol-based offenders, it is hoped to lower the chances of them re-offending. This would relieve pressure on the NHS as well as helping those struggling with addiction into recovery and improve their lives.

These considerations, among other benefits, are partly the reason for the change in legislation, heralding the use of sobriety tags in England and Wales.