We have been living in lockdown for weeks now, and it has been a difficult process. We have seen many changes to our day to day lives, but now people are beginning to wonder what life will be like as quarantine is being lifted, and things get back to normal. Health experts are now afraid that drinking too much may become the `New Normal` after lockdown.

Will going back to previously assumed freedoms be a difficult adjustment? What will it be like to return to work, and will we be able to send our kids back to school normally? Most of all can we go back to the way things were before lockdown? 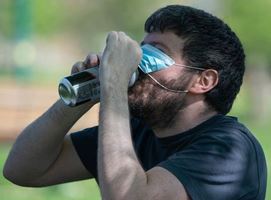 Having not seen friends and family in a long time many people headed to the pub to meet up once restrictions were lifted.  Having had to stay home, only leaving for exercise and essentials such as shopping or medical care was a real strain for some.  And they often turned to drinking too much or taking drugs to cope despite health risks.

The people of Britain have grown accustomed to staying indoors, leading to these changes in behaviour. They may have found it hard to occupy their time and felt worried, anxious and depressed, which they have tried to alleviate through drinking too much alcohol. People may have gotten into the habit of drinking more regularly than they would normally.  They may have been furloughed and have had more opportunity to drink alcohol.  They may have struggled to find other things to occupy themselves.

Many have been drinking too much 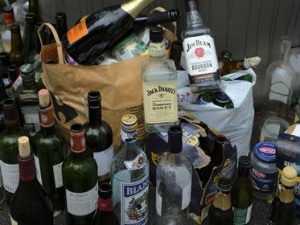 Around a million people in the UK have been drinking more than the recommended 14 units of alcohol a week since the coronavirus crisis started. Health experts worry that consuming to excess has become a part of life for some people during the outbreak. They are concerned that drinking too much may continue after lockdown has ended. They are asking the Scottish government to investigate the effects. Ironically, this comes as Scotland commemorates the introduction of minimum unit pricing (MUP), which came into force two years ago, in May 2018.

It is a sad fact that, before the coronavirus outbreak, it was believe substantial progress had been made in reducing the number of people drinking too much in Scotland, which many put down to MUP. Sadly, some feel the country may have taken a step backwards when it comes to decreasing the rate of alcohol consumption in Scotland. Before lockdown began, minimum unit pricing, the change in the law stating alcohol could be sold for no less than 50p a unit, seemed to be having a positive effect.

The legislation was introduced to decrease the percentage of the population consuming to excess. This was in an effort to reduce the resulting health problems and hospital admissions related to alcohol. It looked as if the change in the law was beginning to have an impact and the number of people imbibing seemed to be going down. Since the implementation of minimum unit pricing, Scotland has seen an almost 4% drop in the off-trade sale of pure alcohol in the first year. Unfortunately, it is feared all that great work may have been undone, by folk consuming more during lockdown. Experts are also concerned the rise in drinking may carry on after quarantine, as people have got used to over-consuming.

This concern is shared by various addiction charities, such as Alcohol Focus Scotland, which are calling on Scottish government ministers to investigate the `new normal’. They hope to prevent current drinking behaviour continuing after Covid-19. This may involve coming up with a large-scale plan to assess Scotland’s potentially harmful association with alcohol.

It calls for those battling alcohol abuse or addiction to receive the services they need.  As well as maintaining preventive measures like MUP after quarantine, to help reduce consumption levels again. Observers consider this an encouraging start, which may have been hampered by lockdown, but it is not irretrievable. Many people may have been drinking too much through quarantine, but hopefully, when restrictions are lifted, this trend can be reversed. Consumption rates may fall again, just as they were beginning to before Covid-19. Health experts still believe, through support services, counselling and MUP, when this is all over life can return to normal, without excessive drinking becoming the normal.