A successful appeal by a man who supplied a fatal drug to his girlfriend brings drug deaths at festivals into focus.

After a strange 2020 due to Covid19, we are now saying goodbye to British summertime and going into autumn. Music fans were already lamenting the loss of festivals season. They were hoping to have travelled across the country, pitch their tents and wade through the mud to see the hottest artists.  However, this was all put on hold by the pandemic.  Some festivals, such as Reading and Leeds moved parts of them online so fans could still experience some of the thrills. 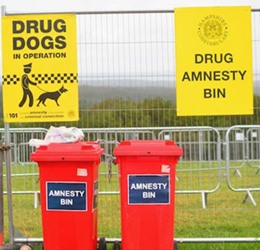 However, there is often a tragic side to festival-going; young people every year are at risk from drinking too much alcohol or overdosing. This can be despite the best efforts of the police or festival organisers in attempting to prevent illicit substances circulating.  They also try to educating revellers on the dangers of drugs. Have these curtailed events led to fewer drugs deaths at music festivals this year?

Many drug deaths at music festivals

The Leeds Festival is usually held every year, over the August bank holiday weekend. It takes place in an 18th Century county house called Bramham Park, close to Leeds in West Yorkshire. Last year saw headlining acts such as The 1975 and The Foo Fighters entertain thousands of fans during a successful weekend.

But, sadly, one of the biggest music events in the UK was not spared a drug fatality. A young woman, 17 years old from Greater Manchester, died from a suspected overdose on the Saturday night. A young man was arrested, suspected of supplying drugs. This comes after authorities warned of the emergence of a dangerous high strength type of ecstasy, three times as powerful of ordinary pills. They were known as `Donald Trump` or `Trumps` because they look like the face of the President.  A similar event happened at Bestival where another young woman tragically died. The supplier was convicted but has had this overturned on appeal.

The organisers, have spoken of their great sadness over the tragedies and committed to assisting the police at future events. They have also, alongside the authorities, taken pains to warn festivalgoers of the risks of using ecstasy, partly by dispelling the myth prohibited substances can be taken safely.

The death of the young girl at the Leeds Festival, along with the other 12 people who have died at UK music festivals since 2017 puts the reality of the situation into focus.

Hundreds and thousands of music fans normally go to festivals every year, looking for the time of their lives. But, if they choose to take drugs at the event, it could cost them everything.  Would these young people be taking drugs anyway or is there something particular about festivals that makes it more likely?  Could the pandemic have saved some lives this year?  We need to know if there is more that organisers could be doing to help revellers party safely before we are hopefully back to holding festivals next year.