There are various words which may not have been widely used in the past but have now become common language. Expressions such as social distancing and furloughing are now part of everyday speech.

The furlough scheme was set up by the government in the wake of coronavirus to assist employees who had to take a leave from work because of the crisis.

Under the scheme, workers had 80% of their wages paid by the government, so they could still earn money and help prevent businesses from making vast redundancies.

Its been estimated, since the programme began at the end of March, approximately 7.5 million employees have been furloughed. The scheme has become so prevalent, it is thought to be partly paying for over one in four of jobs in the UK. It has also been announced the job retention scheme is due to continue until October.

Difficult Adjustment for Some Workers 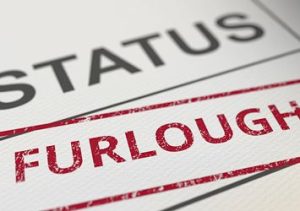 However, for many workers it has been a difficult adjustment. They may feel cut off from their colleagues, miss interaction with co-workers, and have concerns about the future. This can lead to feelings of loneliness, depression, or anxiety and addiction experts fear might contribute to the rise in workers drinking too much while furloughed.

Health experts are concerned about how widespread the problem has become across the country. It is estimated over 30% of employees being furloughed have increased their booze intake, while in lockdown. According to research from alcohol charities, around one in three employees forced to stay at home, unable to go to work, are drinking more than the crisis began.

Under normal circumstances, around one in four UK workers, on average consumed to excess, but that number has now gone up.

Now there are calls for employees keep in touch with each other in lockdown, so they do not feel isolated, or even abandoned, in this difficult time.

One of the main concerns about the pandemic is the effect it can have on mental health. Especially if you are an employee who hasn’t spoken to anybody in a while, and feel as if you are going through this alone, which is why experts believe it is important for bosses to stay in contact with their workers during the crisis.

Research suggests the rate of people working from home, consuming more than they normally would, has also gone up, but not as much as furloughed employees.

Experts have noted, in many cases, drinking habits have altered considerably since the programme began. Studies carried out for Drinkaware, by market research company, Opinium, spoke to over two thousand adults. They learned that more than one in four employees on furlough had started drinking earlier in the week than usual, instead of waiting till the weekend.

Studies also showed around 15% of furloughed workers started consuming earlier in the day, not wait until late afternoon or evening. 10% were drinking in secret, or concealed they had imbibed, since the pandemic started.

Alcohol charities like Drinkaware are concerned that if employers do not do more to address the issue, the UK could be facing a major addiction crisis. We could see a large proportion of workers who are furloughed at home emerging from lockdown with a drinking problem. 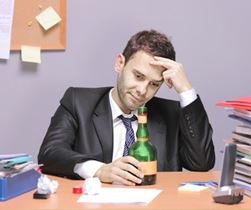 They have asked for bosses across the country to provide their staff with a strong support service. And to provide proper training, help and guidance during quarantine.

Bosses are advised to in touch with their employees, and enquire about their wellbeing, encouraging them to speak up and ask for assistance if they are having any problems.

Employees should also be informed of any support networks or worker assistance programmes in the area. It is important to keep a strong line of communication between employers and workers, so they can better cope with the situation, which can have a negative impact on their mental wellbeing, causing them to adopt unhealthy habits like drinking to excess.

Getting back to normal

Experts feel, by having employers keeping in touch with staff on furlough, they can help them make it through lockdown. They will then come out ready to return to work. Hopefully without having an increased alcohol intake or developing an addiction at home.

The effect on their mental health has, for some, been an unfortunate by-product of being furloughed, which has led many to consume more. However, with the appropriate support and assistance, drinking to excess does not have to be a part of life when the coronavirus crisis is over.

It seems many furloughed workers have changed their drinking behaviour for the worse while in lockdown, but it is possible to change back.  If you feel you need help with reduving your alcohol consumption get in touch with us.