Police in Ireland are concerned about a rise in illegal drinking dens.

Police in Ireland are concerned about a rise in the number of illegal drinking dens especially in the time of Covid-19.

Every time the people in power make up a new rule, or impose a restriction, somebody breaks it. People refuse to be dictated to by governments that are struggling to understand the pandemic. They carry on despite the reported risks they may be taking with their own health and that of others.

If some people are determined to have a drink or visit a pub, they will go ahead and do it, even if it means flouting the law. 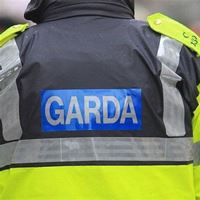 Visiting illegal drinking dens is so prevalent in Ireland, on both sides of the border, that police authorities are deeply concerned. There are a number of illegal gatherings and watering holes springing up in Northern Ireland. And there has always been a tradition of making and drinking illegal moonshine in the Republic.

The island of Ireland, like everywhere in the world, has been severely affected by Covid restrictions. They have proved crippling to the hospitality industry and in turn affected drinking habits. Supermarkets and off-licences in Northern Ireland are prohibited from selling alcohol after eight o’clock. In addition, pubs and bars have been closed to try to prevent the spread of the virus.

However, some establishments have gone underground and people are visiting what are referred to as `uncontrolled environments` to drink.
This often happens during periods of government Prohibition, as seen in America in the 1920s.

Both NI and the Republic of Ireland have seen a rise in what are known locally as shebeens. These are unlicensed, unlawful and often backstreet pubs, where people meet to drink in secret.

People are not meeting in an empty basement or drinking in a shack or shed. The places are much more sophisticated. Reportedly, one such shebeen in County Kildare resembled a genuine pub. It had a working bar, stools, tables and chairs, a large flat-screen TV and a pool table. 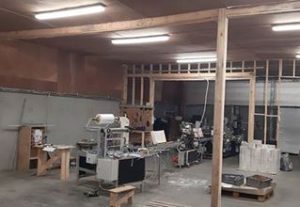 However, don’t be fooled by the charming name, or romantic notions of an old fashioned speakeasy. By all accounts, shebeens can be dangerous places. They may be selling unregulated spirits which could cause alcohol poisoning or other illness. Patrons may also be putting themselves at risk of catching Covid-19 or spreading it to others. The fun, underground bothy could be the source of a major outbreak. This is partly why the Irish police, (Gardaí) is cracking down on the rise of unlicensed premises across Ireland.

Since the beginning of October, they have carried out raids on four uncontrolled environments in Eire. They have confiscated massive amounts of alcohol, beers taps, kegs and spirit dispensers.

The police are closing in on the illegal sale of alcohol in Ireland and looking to shut down unlawful drinking dens for good. For some, it might just be a harmless drink, but visiting a sheeben could also be a expose you to a potential breeding ground for Covid-19.