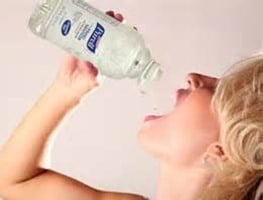 There are reports some people in South Shields in the North of England are smashing up hand gel dispensers and helping themselves to the alcohol inside. Vandals are apparently decanting the liquid into their own bottles to consume later.  This shows how addictions can lead to extremely desperate behaviour to steal alcohol.

During the COVID crisis, hand gel dispensers have been put up all over the country to promote cleanliness and hygiene and prevent the spread of the disease. However, it turns out fol

k across the country have been using them inappropriately rather than as they were intended. Perhaps they have been tempted to experiment by the fact that many alcohol companies have taken to producing hand sanitiser. Or that there are recipes for homemade hand sanitiser that contain common alcohol brands. However, these generally also contain other toxic chemicals and any formulated hand sanitisers are not designed to be drunk. Addicts may be unaware that it is toxic and that drinking hand sanitiser kills.

A waste disposal company in York have had to clear thousands of broken hand gel containers each week. A shopping centre in South Shields installed fourteen hand sanitising stations but half were vandalised and now must be replaced causing expense and inconvenience to the public.

Most people use hand gel dispensers properly, but others are breaking into them and drinking the liquid, despite the risk to their health. Sanitiser contains up to 80% proof alcohol, which can be toxic, and a myriad of other chemicals.

It is estimated that a 240ml hand gel, widely used in prison, contains the equivalent of five shots of hard liquor. Experts also say drinking hand sanitiser made of rubbing alcohol, also known as isopropyl alcohol, can have devastating consequences. It can affect your internal organs, including kidneys and liver, and your nervous system. There have been cases of brain damage, blindness and even fatalities, from drinking hand sanitiser. In the USA recently, 4 people died after they consumed hand sanitiser containing methanol, 3 others were blinded and a further 8 hospitalised.

Maybe you should think twice if considering stealing hand gel and drinking it and risking your health, your sight and even your life! 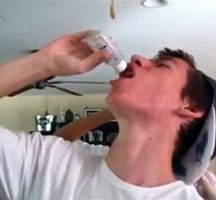