What image does Scotland conjour up?

When people around the world think about Scotland many pictures appear in their mind. Images of stunning scenery, rolling hills, lochs, and glens. Tourists may have an almost Brigadoon vision of the country, where locals live in crofts, wear kilts, play the bagpipes and eat haggis at every meal. But do they also think of Scotland’s drinking culture?  Scottish people are known for being warm, friendly, and having a wonderful sense of humour. However, in popular culture they are also famous for something else… a love of a dram. 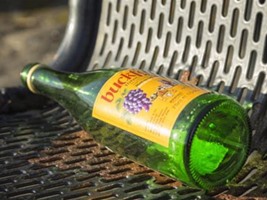 Looking back at films like `Whisky Galore`, from 1949 or Sean Connery’s hard drinking James Bond 007. Movies and TV shows have often portrayed Scottish characters as lovable drunks, roguish individuals, rascals who mean no harm and can be quite funny when they have had one too many. But, in fact, despite great strides forward the country has taken to reduce violent crime, Scotland still has a cloud hanging over it; the nation is associated with excessive drinking and the problems it causes. Many question what can be done about it and how do we turn the tide?

Can we change our national identity, where consuming alcohol has almost become a part of daily life? Scotland has something of a drinking culture which seems to have only been intensified during lockdown. But why is it that Scottish people tend to drink more than the rest of the UK?

Why is drinking so linked to Scottish Culture?

Why has drinking almost become a mainstay of everyday life, and why is there such a close relationship with alcohol in Scotland particularly, to the point it is now considered part of the culture?

Over the years, many have wondered why alcohol consumption has become so prominent in Scotland. Some feel its origins could be found in its history. Is it possible Scotland’s drinking habits may stem from the past, with the attitude of ‘some things never change’?

There were many legal and illegal still in Scotland in times past.  And perhaps drinking was a way of coping with the dark nights and poor weather.

Historians have also noted the indelible link between unemployment, poverty, poor housing and alcohol abuse, even as far back as the 1800s, and the time of the Industrial Revolution.

This was a period of great change and social upheaval, where many parts of the country, especially the urban areas, faced almost unimaginable poverty and deprivation. Crowds arrived in Glasgow in particular, and people would turn to alcohol to escape their problems. They would drink to try to alleviate the sense of despair, anxiety and depression they felt, due to their miserable situation.

The legacy of hard drinking

It is almost impossible to believe people are still dealing with these same issues in 21st Century Scotland. But, according to findings, the vast percentage of the population over 16 years old in Scotland drink alcohol. In fact, it is estimated that over 90% of males and around 87% of females in this country drink. It is felt adults in Scotland consume almost a quarter more than their contemporaries in England and Wales. These trends only seems to have been intensified by being in lockdown.

Scotland, like the rest of the UK, also faces a widespread problem with binge drinking. People often consume a large quantity of alcohol at once, or during a short period, which can have a negative, potentially dangerous effect on health.

If you engage in binge drinking, you could experience both physical and psychological symptoms, with possible long-term ramifications. It may seem fundamental, but if you consume too much at once, you have an increased risk of alcoholic poisoning. This can cause blood alcohol concentration levels to spike to a hazardous point. Binge drinking could lead to you to develop serious health problems, such as liver disease, amongst other ailments.

Regular binge drinking can also have a damaging bearing on your mental wellbeing, and health experts think it could set you on the road to addiction. It has also been found those who binge drink have a heightened possibility of acting uncharacteristically rashly, possibly resulting in accident or injury. They may also be prone to mental health problems like anxiety and depression, to the extent they may self-harm or even contemplate taking their own life.

It doesn’t have to be this way

Scotland is a proud nation, which has achieved a great deal in the fields of art, science, technology, and architecture. Scotland has worked hard to get away from the violent, antisocial image. It wants to show it’s more than just a country with scenery a drinking culture. It wants to known for its stunning landscapes, beautiful visitor spots and friendly people. And these people have to play their part. Anybody who thinks it’s just a part of life in Scotland to have a drink, and it doesn’t do any harm, should possibly take a second look. Despite what may have happened in its history, Scotland can look forward to a future where consuming to excess is not an everyday thing.

Emerging from lockdown, where some people may have been drinking more than they normally would, could be a chance to start again and live a healthier life. We could do it without drinking to excess.

As we embrace the brave new normal, perhaps it is time for Scotland’s drinking culture to stop being the normal.  Maybe it’s time to try something else?